Last year, British World Superbike rider Leon Haslam was a contender for the World Championship. However, bad luck struck, and the Brit lost the title to Italian rival Max Biaggi. This year, Haslam made the move from Suzuki to BMW and is aiming once more for that World title!

After missing the World title in 2010, Leon Haslam made the switch to the up and coming BMW bike. Before the start of this year’s season, it was clear that this bike still was a bike in development and that it would be hard work to get back into the winning races. I spoke with Leon Haslam just before the 2011 season kicked off! 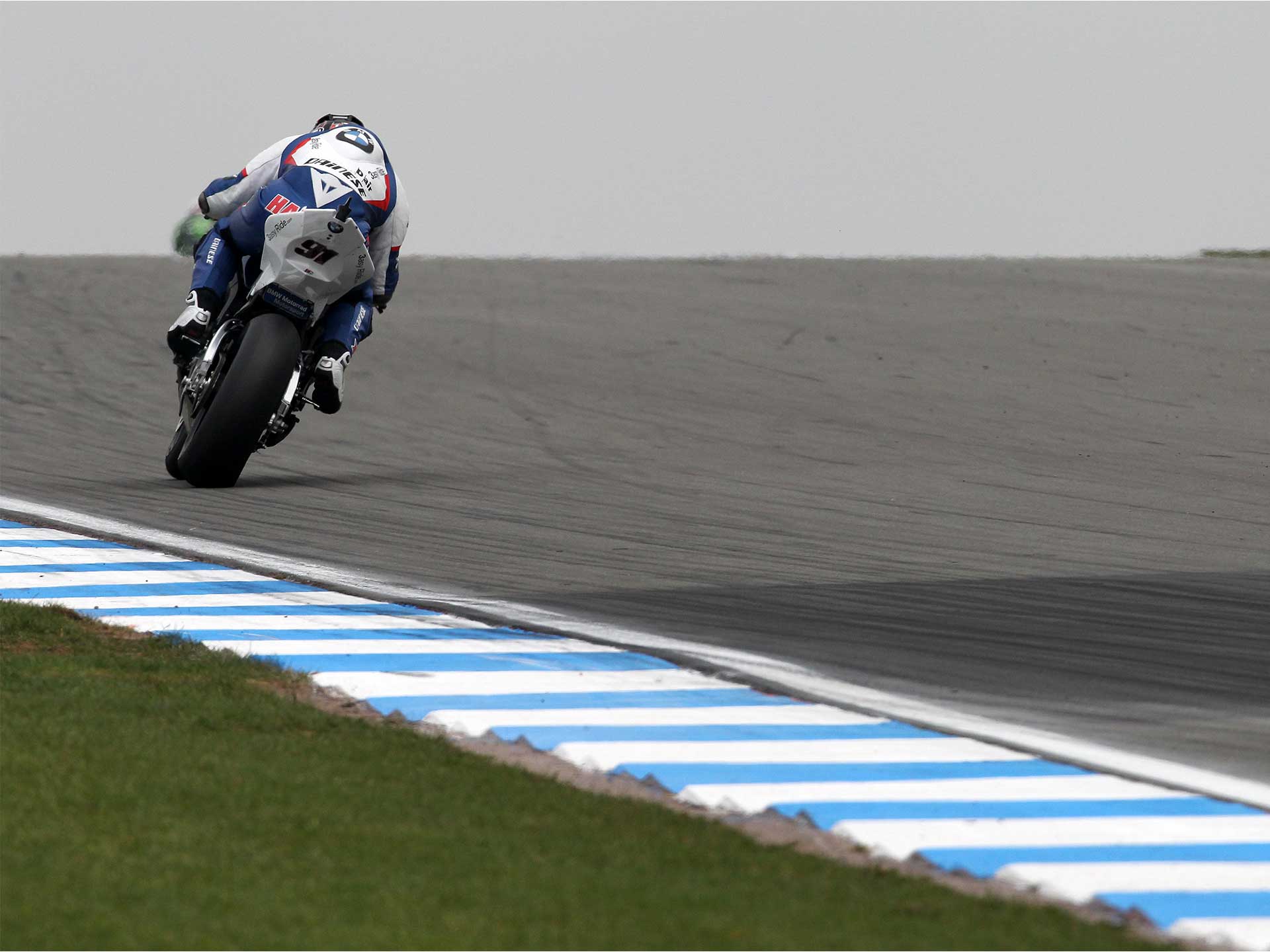 What was your feeling about last season?

I was really happy about last season, the team was fantastic, and they put so much effort in. It was a shame that Suzuki as a manufacturer did not consider the importance of WSBK to support the team.

You were so close to winning the World Championship. How do you cope with your feelings when you miss the title that close?

It was a disappointment of course to miss out on the championship by a close gap, But Max rode really well and deserved it.

You are going to ride for a new team, is that difficult to switch from team or is that not so difficult? Are you taking your mechanics with you?

I honestly could not get a better team than the Alstare Suzuki team. They have been around for a very long time, have a lot of knowledge and are one of the best teams in the paddock. When I joined Alstare I made a perfect connection with Stefano, my Data guy and Giacomo, my chief. When I signed with BMW, I tried to take both with me, but there was only a place for Giacomo. We make a very good team, as we think the same.

Do you see your teammate as a big concurrent for you, or is he a real teammate and you both want to make the bike faster?

Troy is a fantastic teammate, but of course he’s the first person I want to beat. He has so much knowledge, and he is great for developing as we are both on the same page. I think he is one of the best teammates I have ever had.

What is your expectation for this season?

Of course, I want to win the Championship but at this time we are just concentrating on getting as many points as we can every weekend and developing the bike as good as possible.

The season has been well under way now, and I had the opportunity to meet Leon Haslam during the 2011 World Superbike round in Assen, the Netherlands. During this meet & greet, I once more had the chance to ask a few questions!

Meeting Leon Haslam at the 2011 Dutch World Superbike round

Have you always been riding with the number #91?

Last year they had in the MotoGP an airbag in a motorcycle suit and I noticed that you also wear one this year.

Yes, this year two riders have that, me and Max Biaggi. But it doesn’t work at the moment, but for Monza and maybe Assen they can make it good, so when we crash the suit is blowing up himself.  You can see the difference between a normal suit and an “airbag suit”. At my suit, there is a black part on my shoulder that isn’t leather, that’s where the airbag is. At Troy’s suit, that isn’t the case.

At Donnington Park, you just missed the podium two times. Is that frustrating for you, or can you switch back to racing mode quickly?

Is Assen one of your favourite circuit’s?

Yes, it is. I think it is a nice circuit and I have got some good results here. I hope to win, I think the BMW is better than the first two races, so I hope to have a good race and get some points for the championship.

Interview Chaz Davies: the Welshman is back at the front!

The most exciting F1 season: Hamilton vs Verstappen

Carlos Checa means business and aims for the title!