Last year double World SBK champion James Toseland made its return from MotoGP to the WorldSBK aboard the Yamaha. The return saw Toseland made the trip to the podium on several occasions, however at the end of the season a new challenge awaited by making the move to BMW.

Start in the World Championship

In 2001 a young and ambitious James Toseland made its debut in the World Superbike category onboard of the GSE Ducati. Toseland was in the early stages not as competitive as teammate Neil Hodgson, however by the end of 2002 Toseland got to full grips with the bike and was able to score some great top 5 positions, before grabbing his maiden victory on Oschersleben, Germany.

Ducati saw also the potential of Toseland and so in 2004 he joined the factory Fila Ducati team, joining the experience Regis Laconi. The battle for the championship was between the teammates and in the last race of the season at Magny Cours James Toseland was able to win his first ever World Championship by a 9 point margin. At the time he was 23 years and 364 days making him the youngest World Superbike Champion till this day.

In the following year (2005) Toseland seemed to struggle more with the Ducati and lacking support from the team. A move to Honda followed in 2006 and immediately won the openings race in 2006. That year he finished 2nd in the championship behind Troy Bayliss, however in 2007 he was able to win his second World Championship.

After winning 2 World Championships Toseland made the move to the MotoGP with the Tech3 Yamaha team. His MotoGP adventure is one to be proud of. Even though podiums were out of reach he definitely had some amazing races and battles with the likes of Valentino Rossi and Casey Stoner. In the end the results weren’t fully there and he lost his seat to upcoming Ben Spies.

In 2010 Yamaha offered Toseland the change to compete again in the class he previously won 2 World Championships. Although the season start was promising with several podium finishes the second half seemed to be more of a struggle. At the end of the season Toseland was able to give his career a new direction by signing to the BMW Motorrad Italia Team squad.

Interview with James Toseland on his move to BMW

Is your team mate a concurrent driver or is it more like a friend and you give each other the most help and info that you can?

Badovini is a great guy, really down to earth and un-assuming. He keeps himself to himself and just gets on with the job. There is know doubting his talent and ability that’s for sure and I think we will have a great year working together. We can both bring things to the table which should help us develop as a team and as individuals. For sure he is making a big step up in class but it’s clear to see how talented he is.

BMW have done a great job with him, allowing him to test the factory bike while he was still competing in Superstock championship. Having ridden the bike before and having a good understanding of what makes the BMW work as a stock package, he should be pushing for good finishes. I have a lot of experience from riding a rage of different machines and he has a good understanding of what works on the BMW, so I believe we will be pushing each other this year for sure. We will definitely be working together rather than against each other in 2011. What is your feeling about last year, are you satisfied or must it have been better?

On paper 2010 was a disappointing year for me but there are reasons why that was the case. Injuries played a huge part in the way this year panned out and were a real problem all season. I had two big crashes at the first round in Phillip Island which really knocked me back right from the off. When I recovered from that I put together a good string of results, finishing on the podium and fighting for race wins regularly, but all that was then halted by the big crash in Monza, where I had a real lucky escape to be honest.

The injuries I walked away with were bad but it could have been a lot worse. Still racing has is always been on a knife edge and that’s why we love it. You have to take the good with the bad and move on and keep fighting. I am going into 2011 ready win, I feel fit, I have been training harder than ever and I am determined to fight for the championship. My goals haven’t changed and I know what I can do. 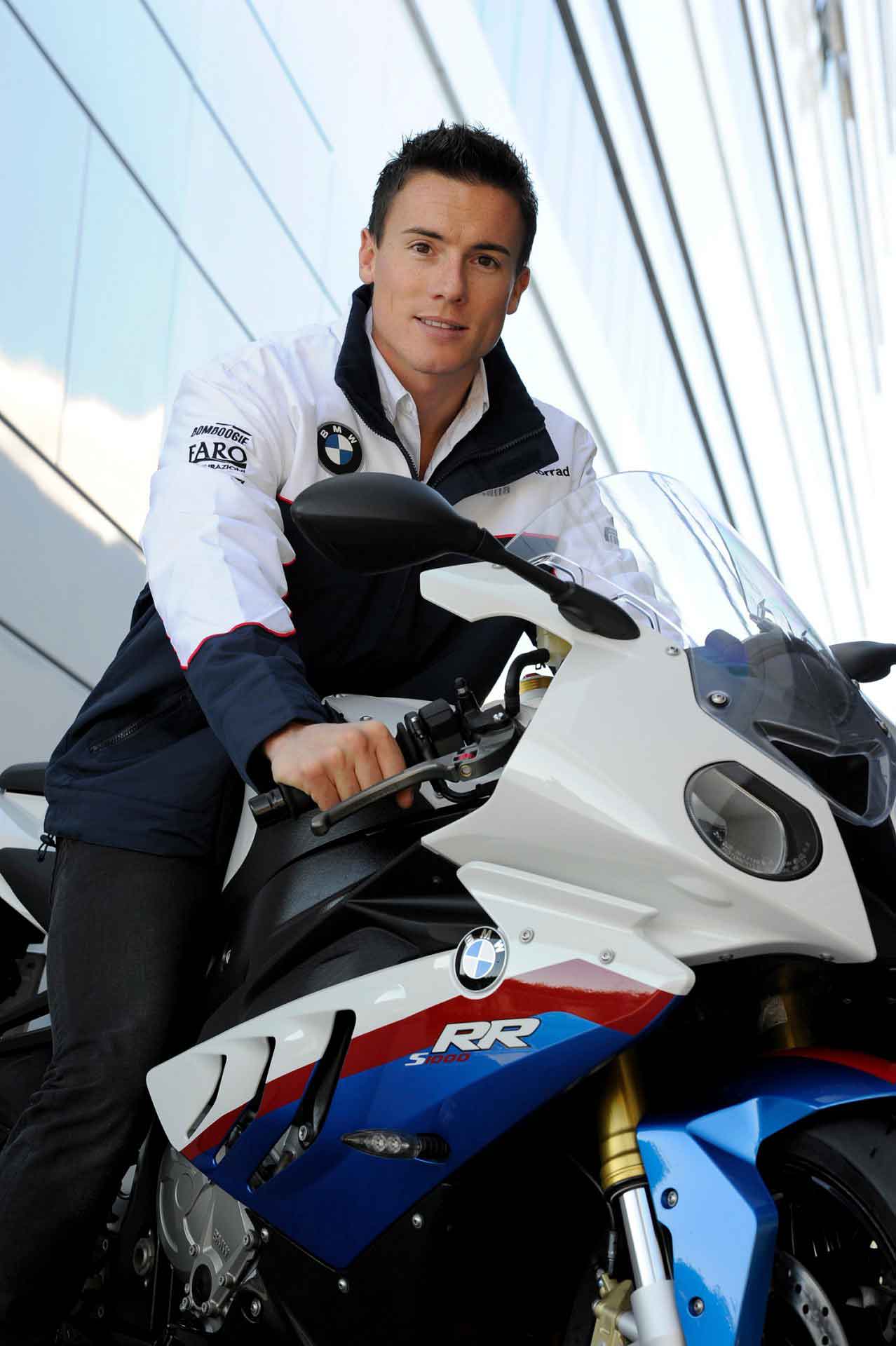 This season you will be riding on a BMW, what’s your expectations for the coming season?

There were two stands out points for me which pushed me to the deal. Once I realised that there was factory support I became extremely interested. Everyone in the paddock can see how much potential the BMW has when everything comes together as a package. That is something which really excites me. We have so much room to develop and improve while the other machines in the championship have completed their development cycle.

The BMW definitely has the potential to push the bar up another notch. The second major factor was the personnel. When I won the championship back in 2004 for Ducati I had a great team around me, everyone knew what I needed and understood me as a person. Now I am back with those guys again and it feels great. I know they understand what is required. The combination of great machinery, massive development potential and an intelligent personnel made the decision to sign quite simple. I know what they can do and they know what I can do. I am so excited about what we can do here.

2014 | Photography book: Riding on the Limit