Israel is much more than a desert or rocky landscape. It offers a great amount of different landscapes and this time we stopped in very green valley called Hula Lake Park. Although it might be better known as a bird paradise.

When you think of Israel, a green oasis in an amazing valley surrounded by trees and lakes isn’t perhaps what springs to mind first. However, that is a beautiful part of the north of Israel!

The park is in Hebrew known as  Agmon Hahula (אגמון החולה). Hula Lake Park is a big area where birds do their stop-over on their migrations from Europe to Africa and again on their way back.  Every spring and autumn thousands of birds stop in this park which therefore became a massive bird watching site. For example over tens of thousands of crane birds migrating from Finland to Ethiopia will make a visit to Hula Lake. Next to migrating birds the park offers rare plants and trees and is the most important wet habitat in the Middle East. 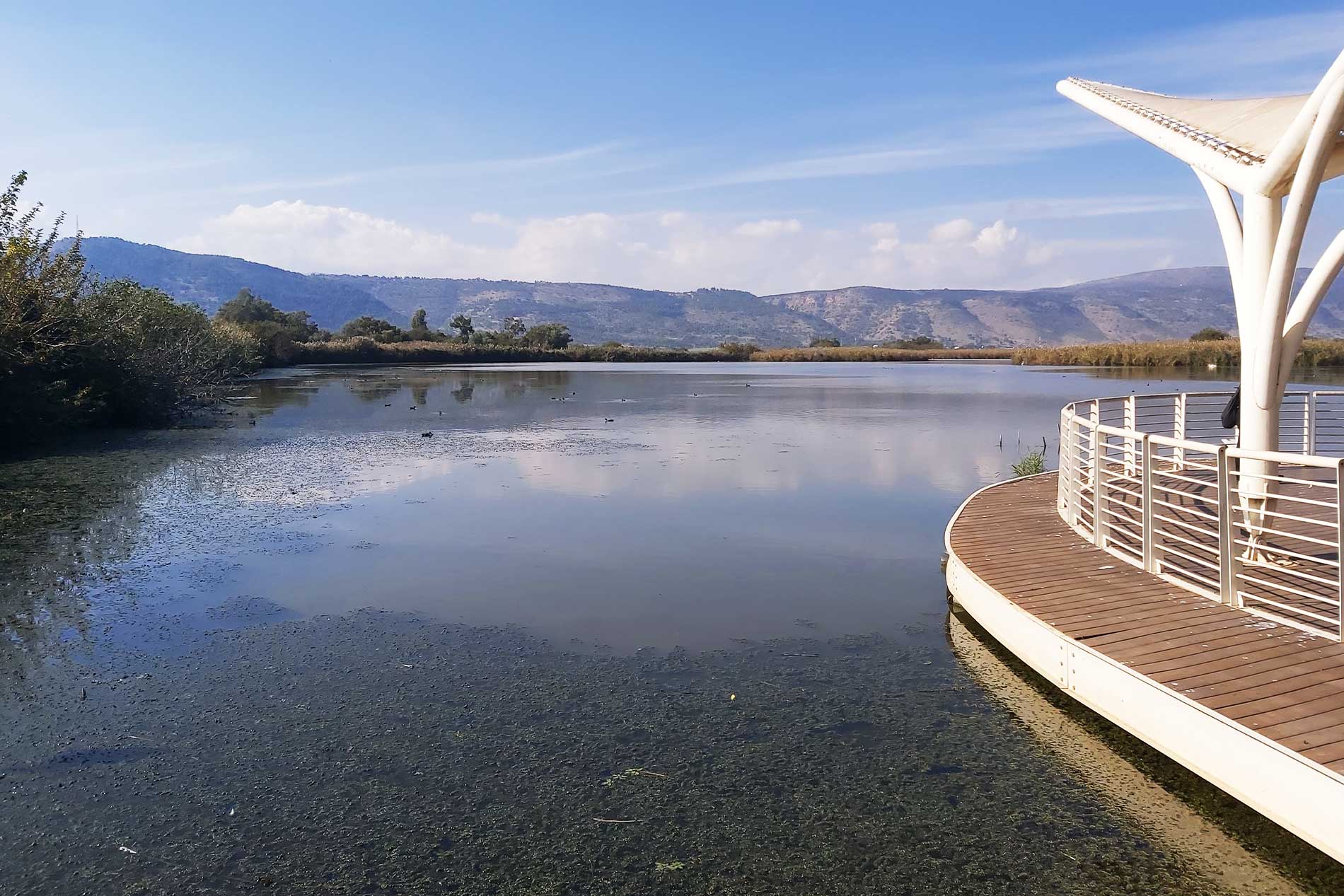 History of the park

We can do a very long history of who lived here and what was their purpose or we can skip over to some of the highlights and key moments of this amazing park. I picked the last option!
Archeological findings show that the hominids inhabited the area and caught their fish in Lake Hula. It shows that a form of humans lived here about 750,000 years ago and that they exploited a wide range of fish including catfish and carp. Some of the carps were over a meter long! Next to that they found tools to light fire and crack nuts.

The Hula Valley was also the main junction on the important trade route connecting Damascus with the Eastern Mediterranean coast and Egypt. The area was famous for growing crops of cotton, sugar crane and rice. Later on water buffaloes were introduced into the swampy valley and they supplied milk and helped with the though labor.

In more recent history (read around 1950) drainage of the swamp started to happen. It was at first seen as a great national achievement for Israel, but not long after they discovered the impact on the wildlife. In 1964 a part of the swamp became a national park which still stands today. 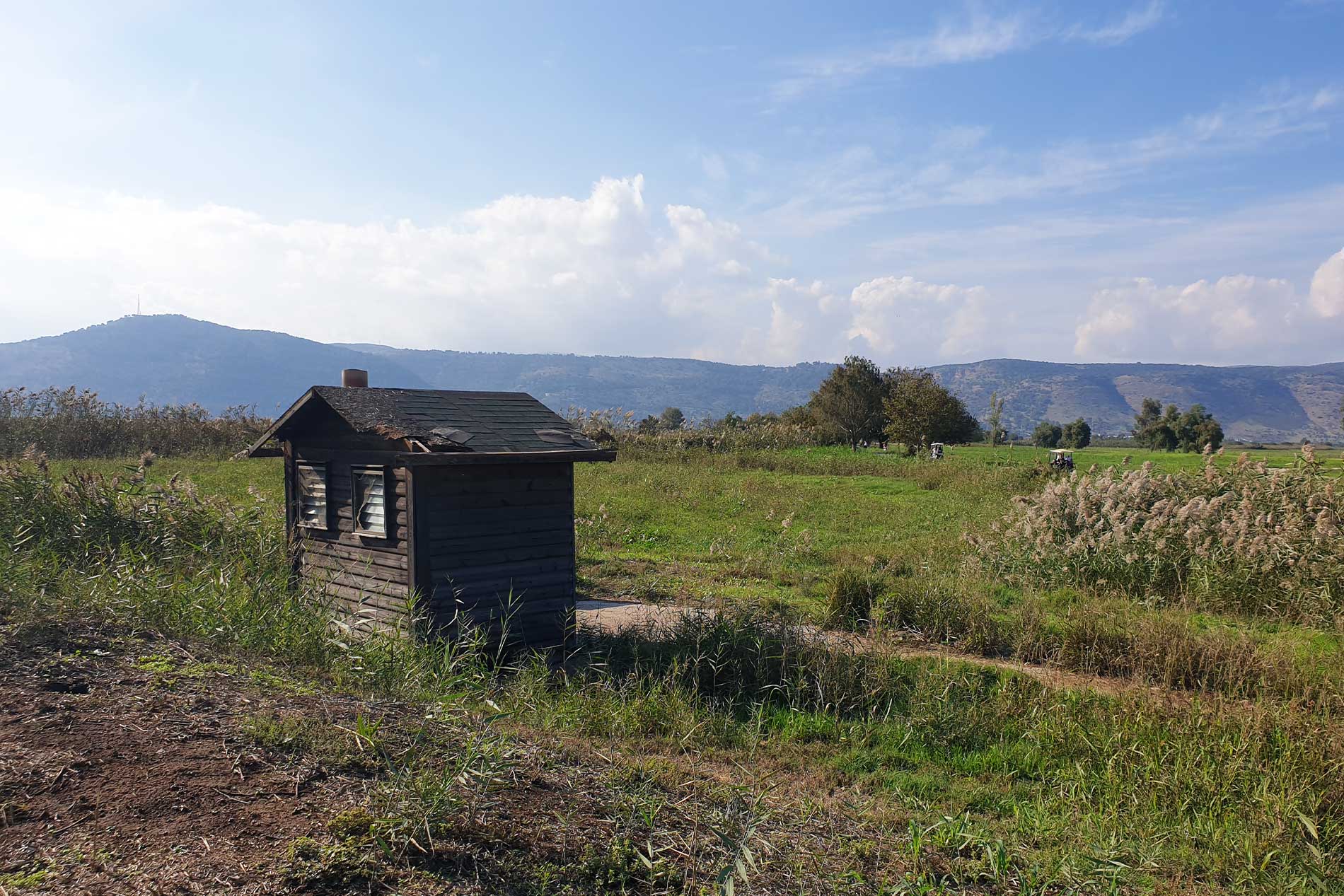 In the Hula Lake Park you will find a variety of plants. In total over 340 species are documented in the reserve and of that number 57 are rare. From that number 8 plants are critically endangered in Israel.

Tens of thousands of birds visit Hula Park every year and they include over 200 different types of birds. For example you can find cranes, storks, pelicans, cormorants and egrets in the national park. They all know they can find a great amount of food here and spend some time to get the energy to fly to Africa.
The variety of birds isn’t the only animals that are in the park. You can also find a wide selection of fish like for example the cat-fish and soft-shelled turtles. Although they look great within the park they threaten the local inhabitants.

It’s not only bad news for the animals. For example the Hula painted frog has made its comeback after being extinct. 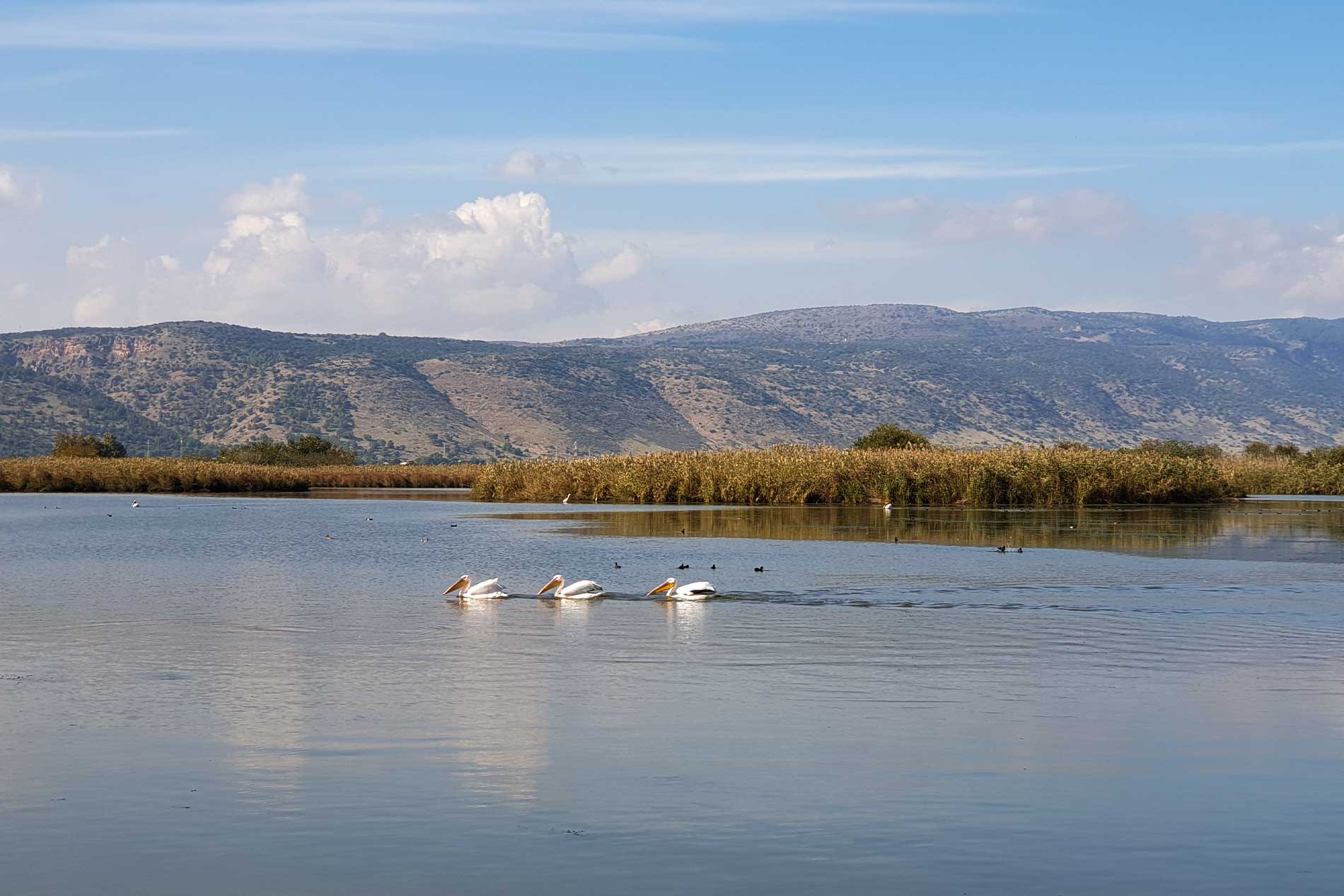 Aviya, her family and I visited this nature reserve the other week and absolutely loved it. The nature, valley and surrounding mountains make you feel like you’re in Europe. With all the green and water it’s easy to forget that Israel offers so many different sides of nature.

We took a golf car and drove around the massive lake. With several absolutely beautiful stops on the way we had a great time. Only the views are worth it alone. Then you got all these birds doing their own thing to appreciate. It really is a great day out! 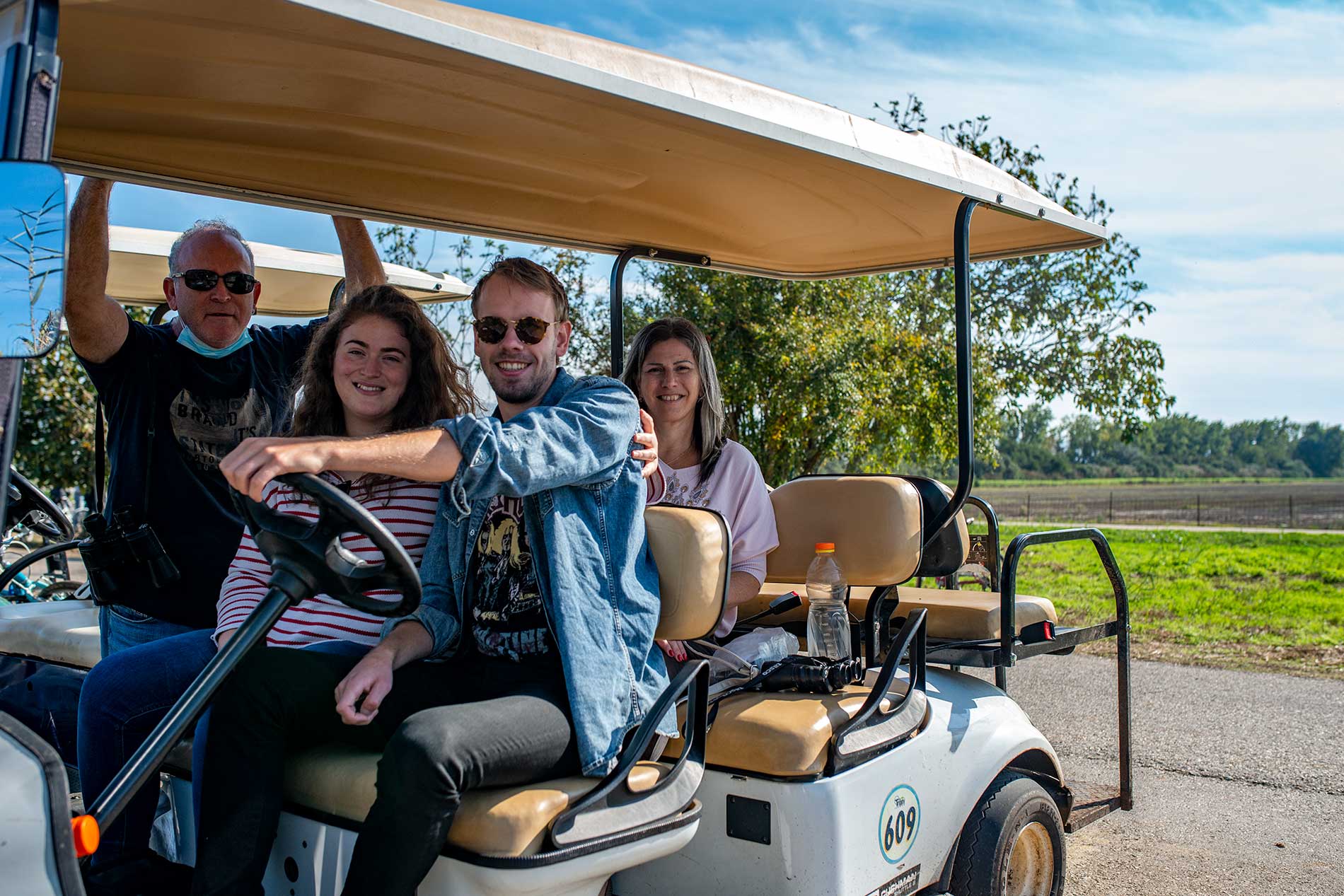 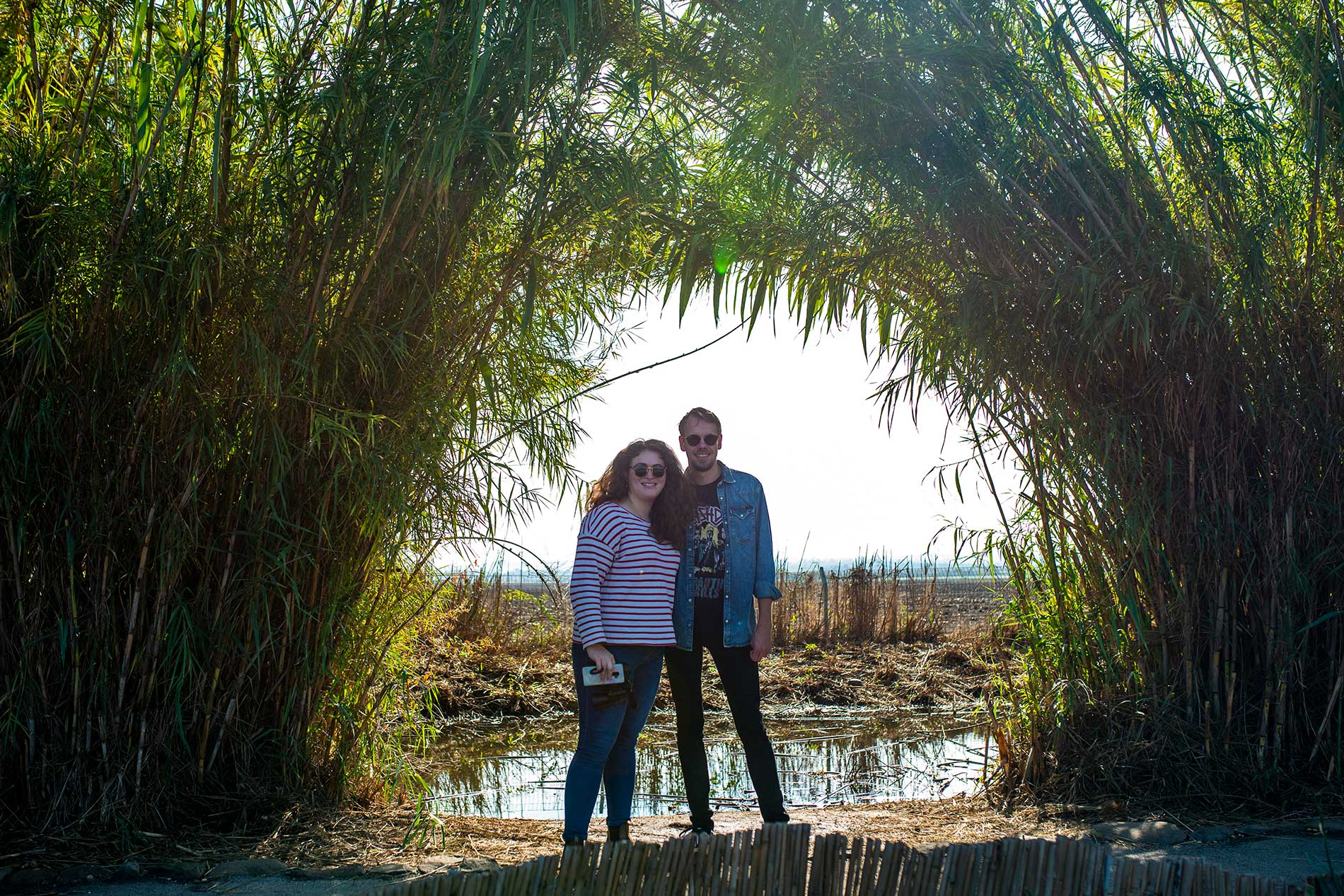 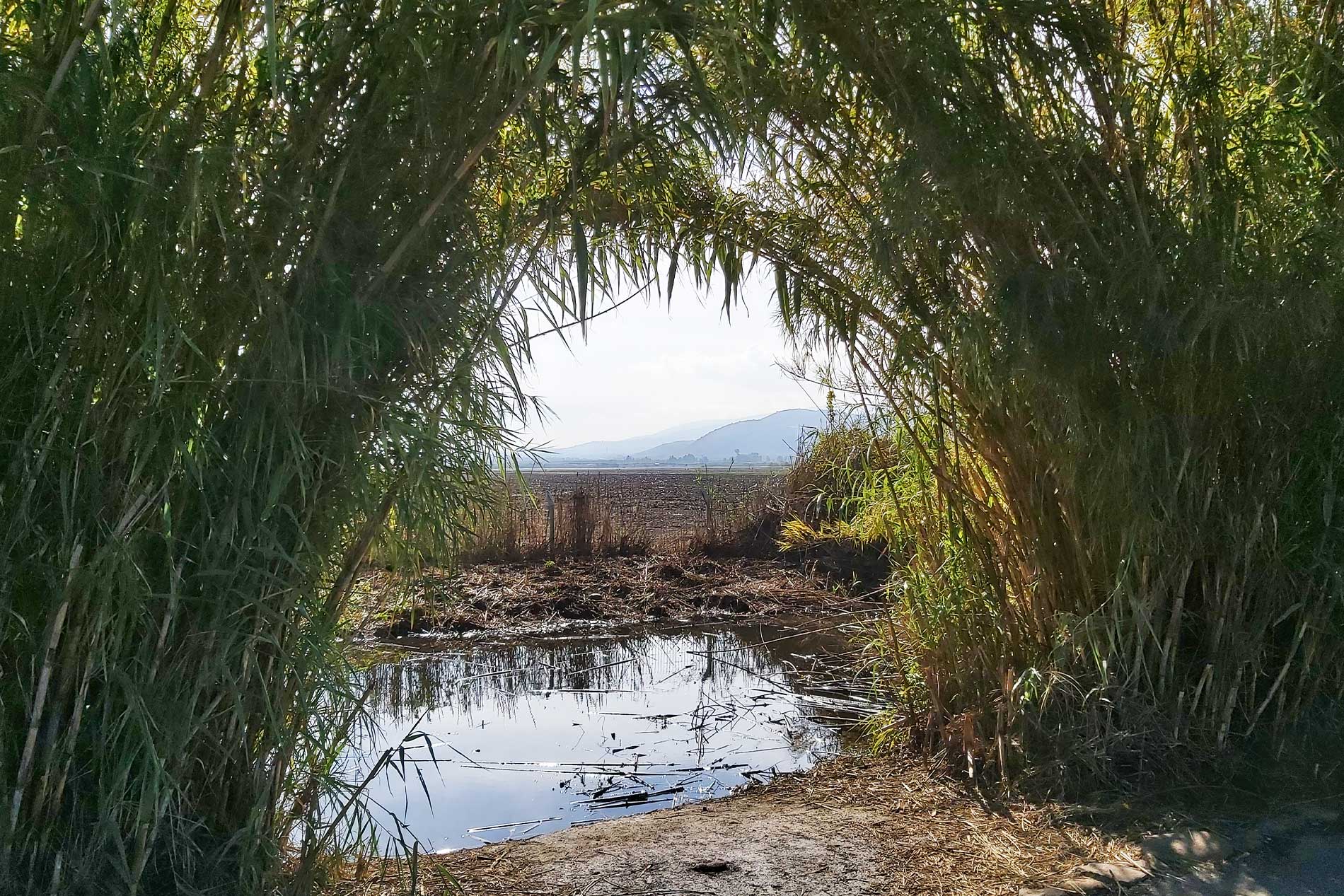 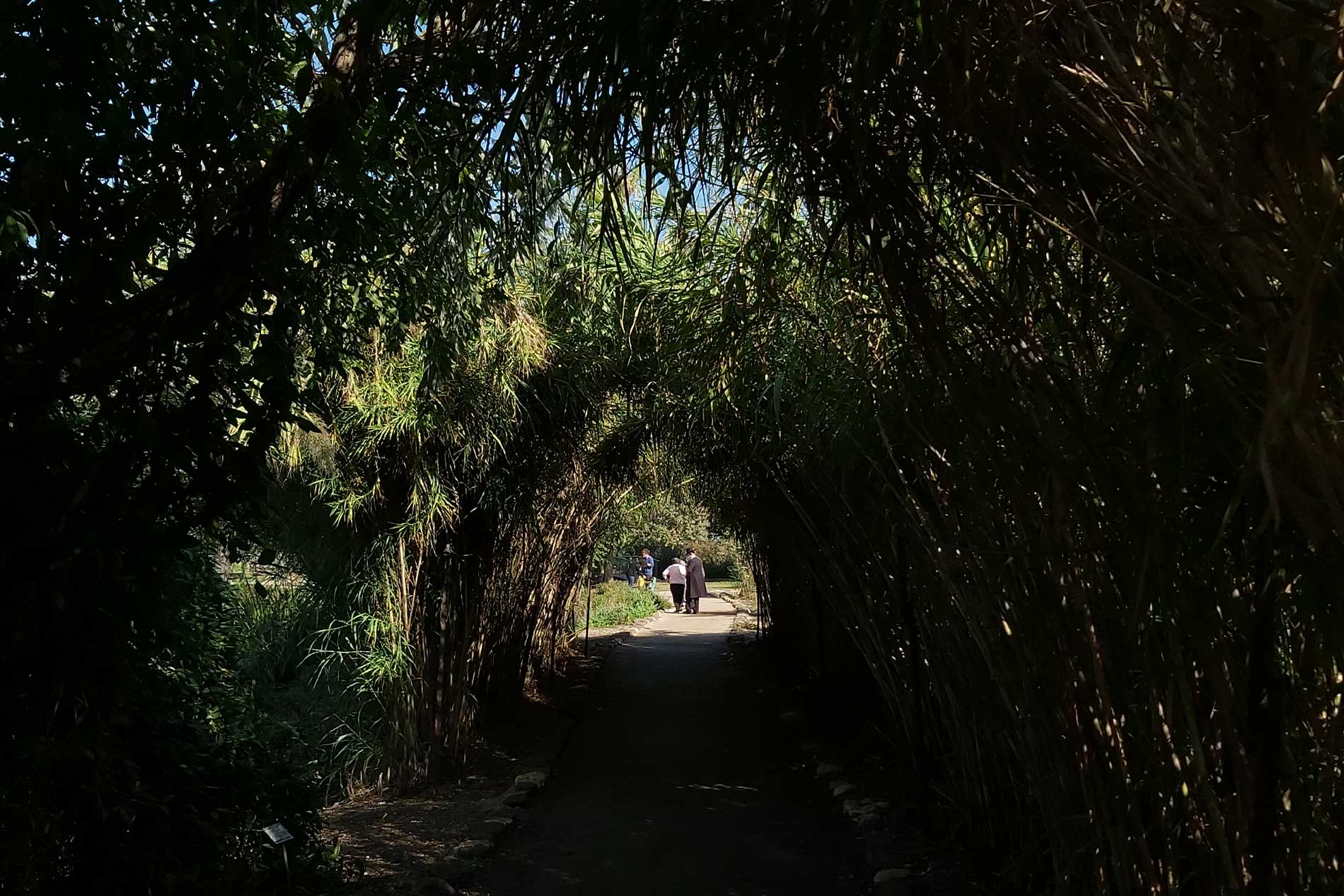 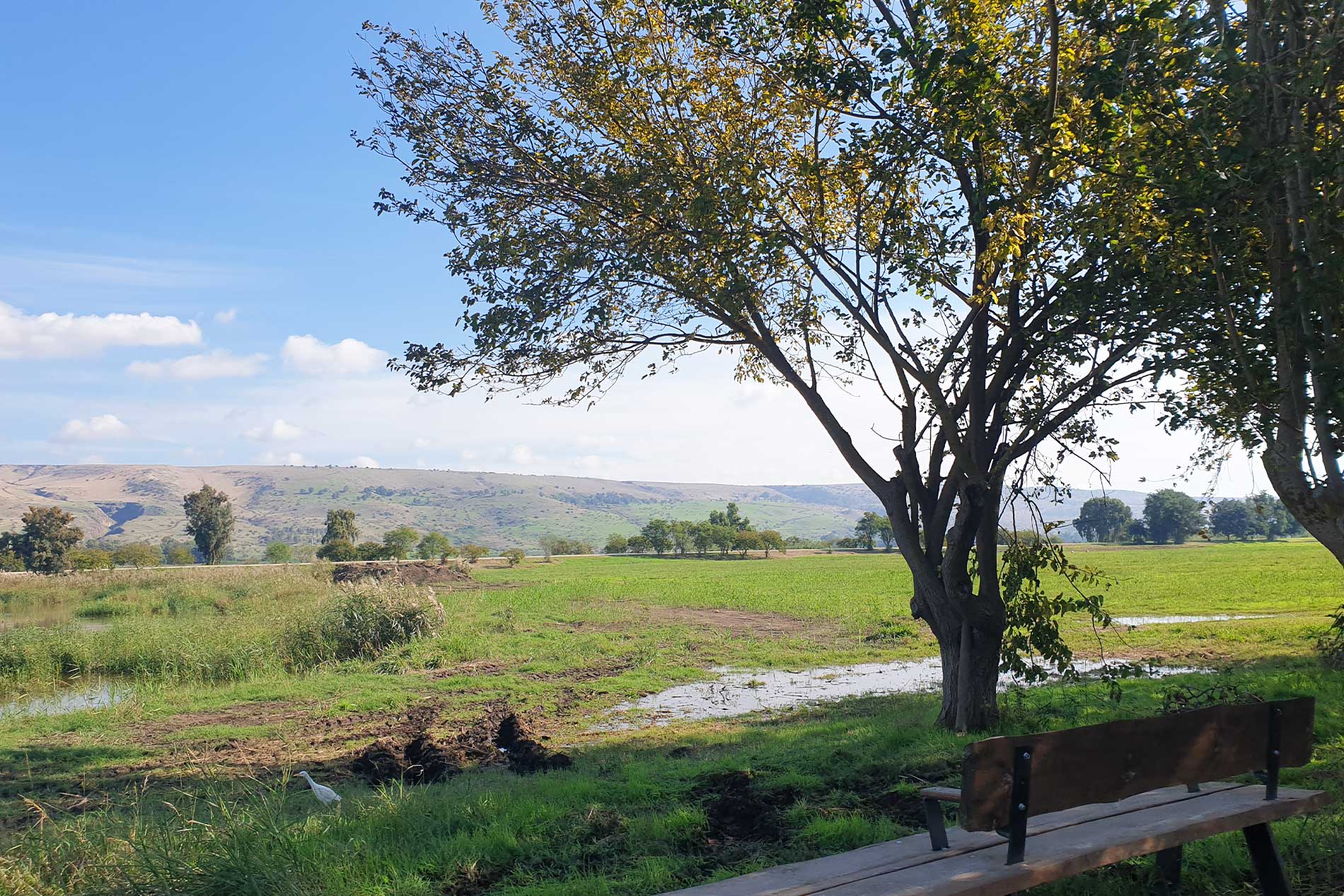 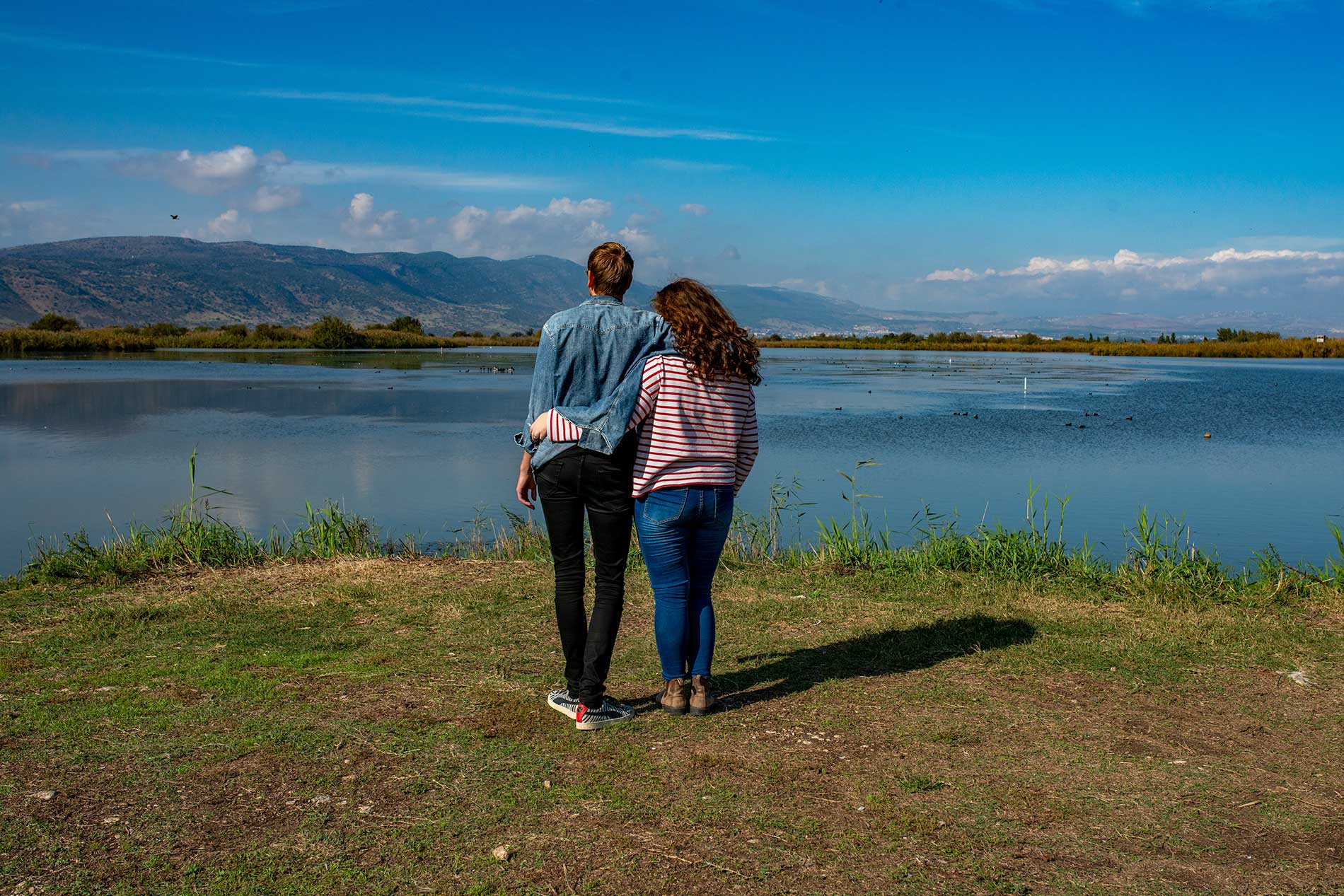 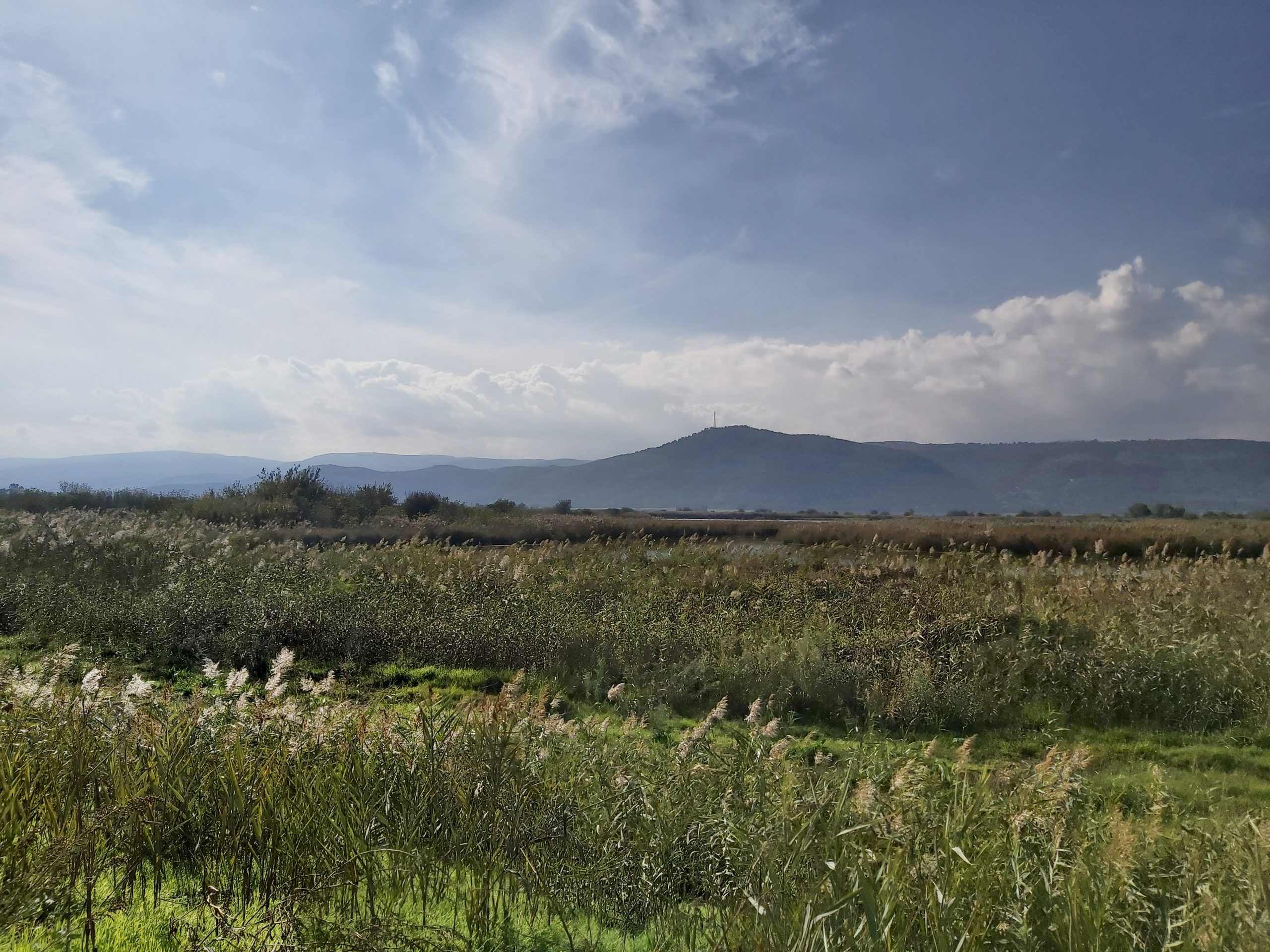 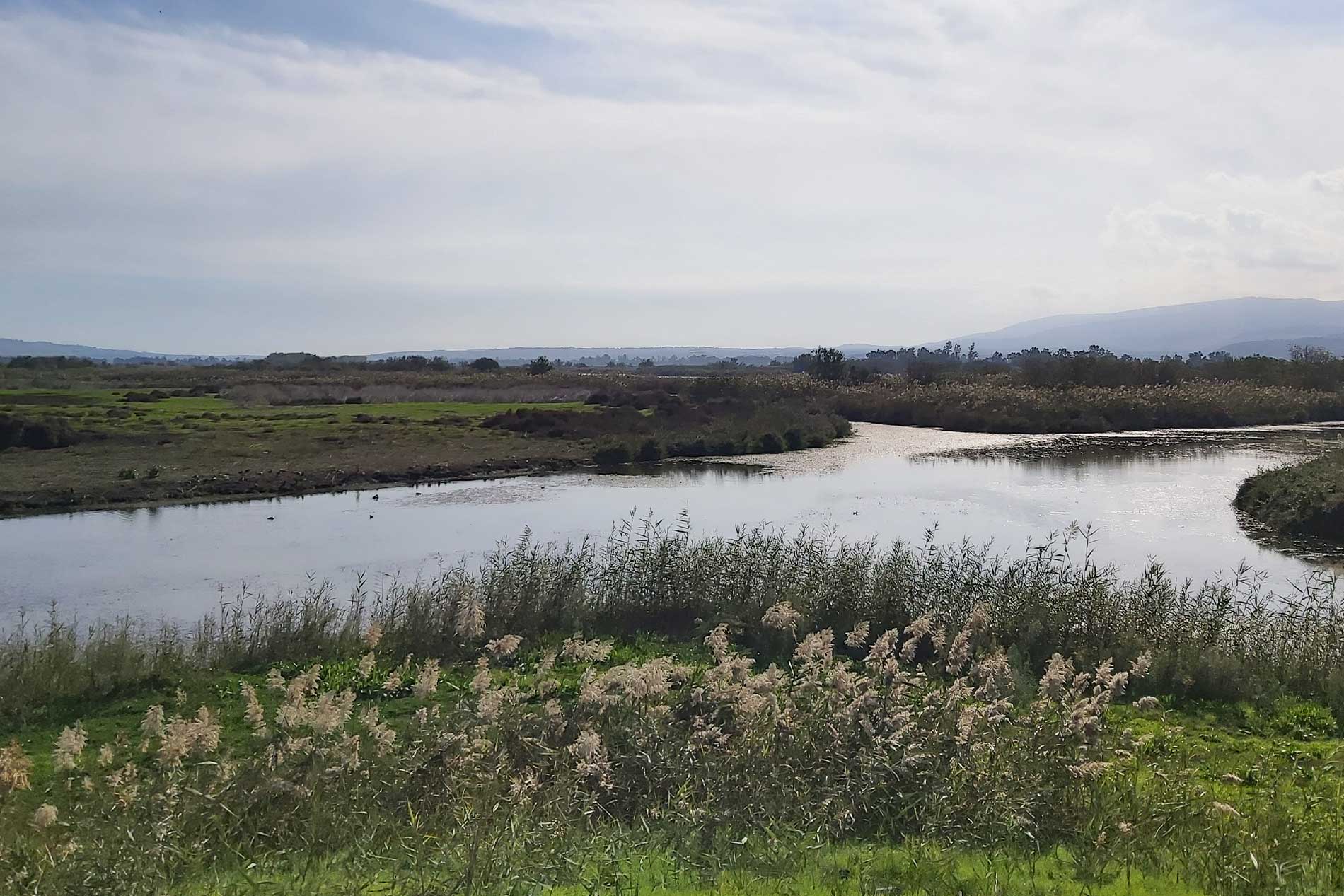 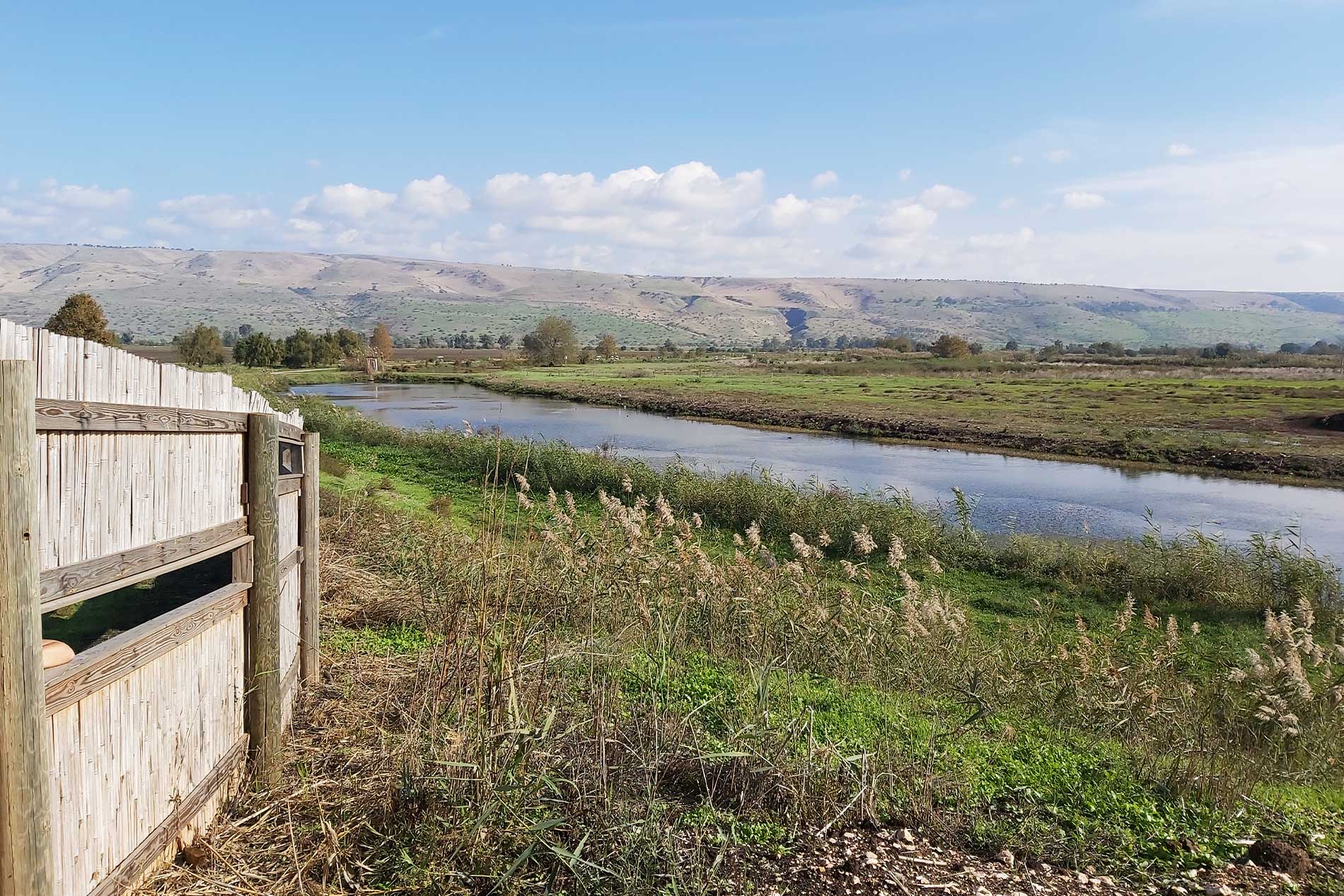 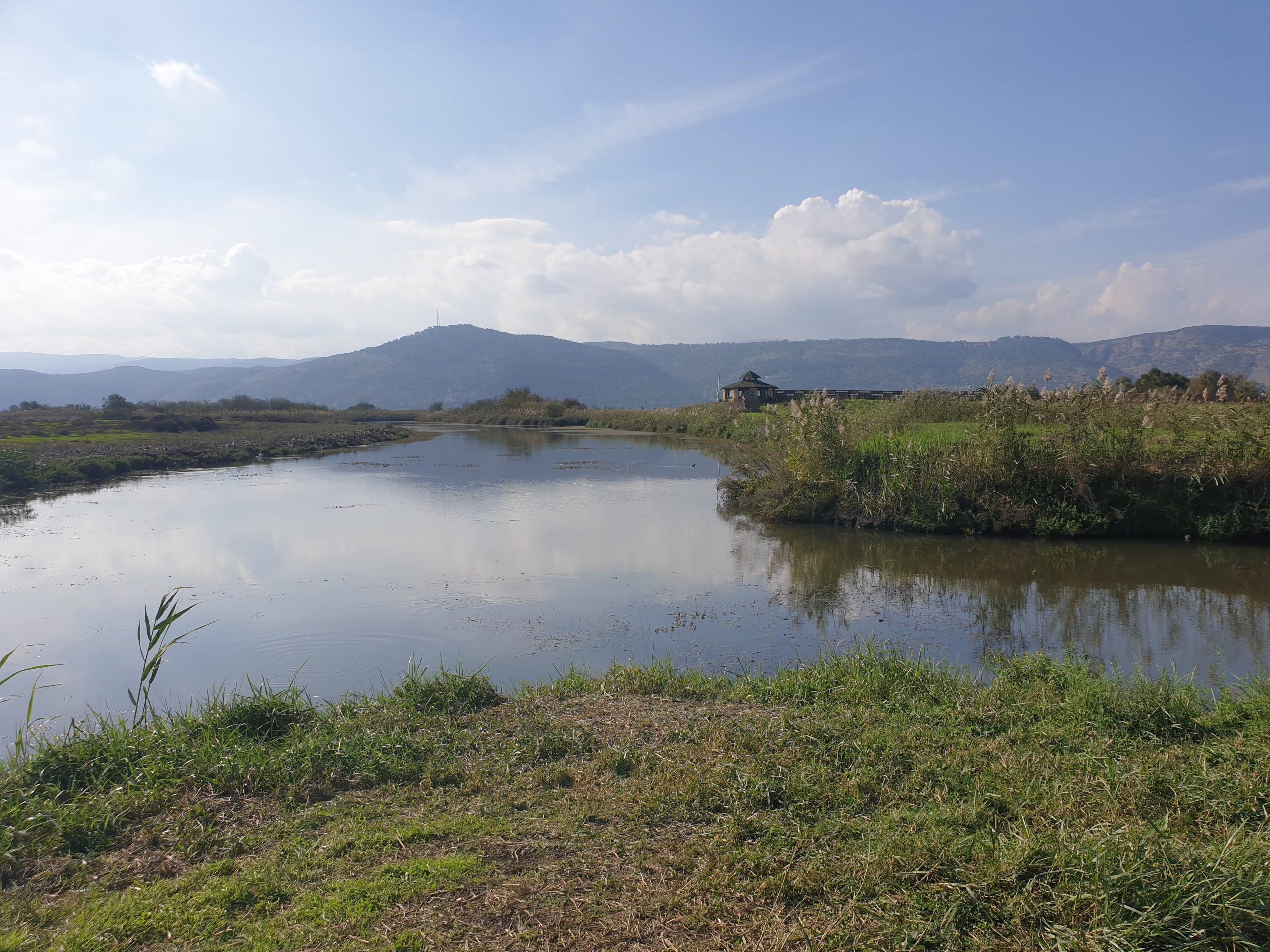 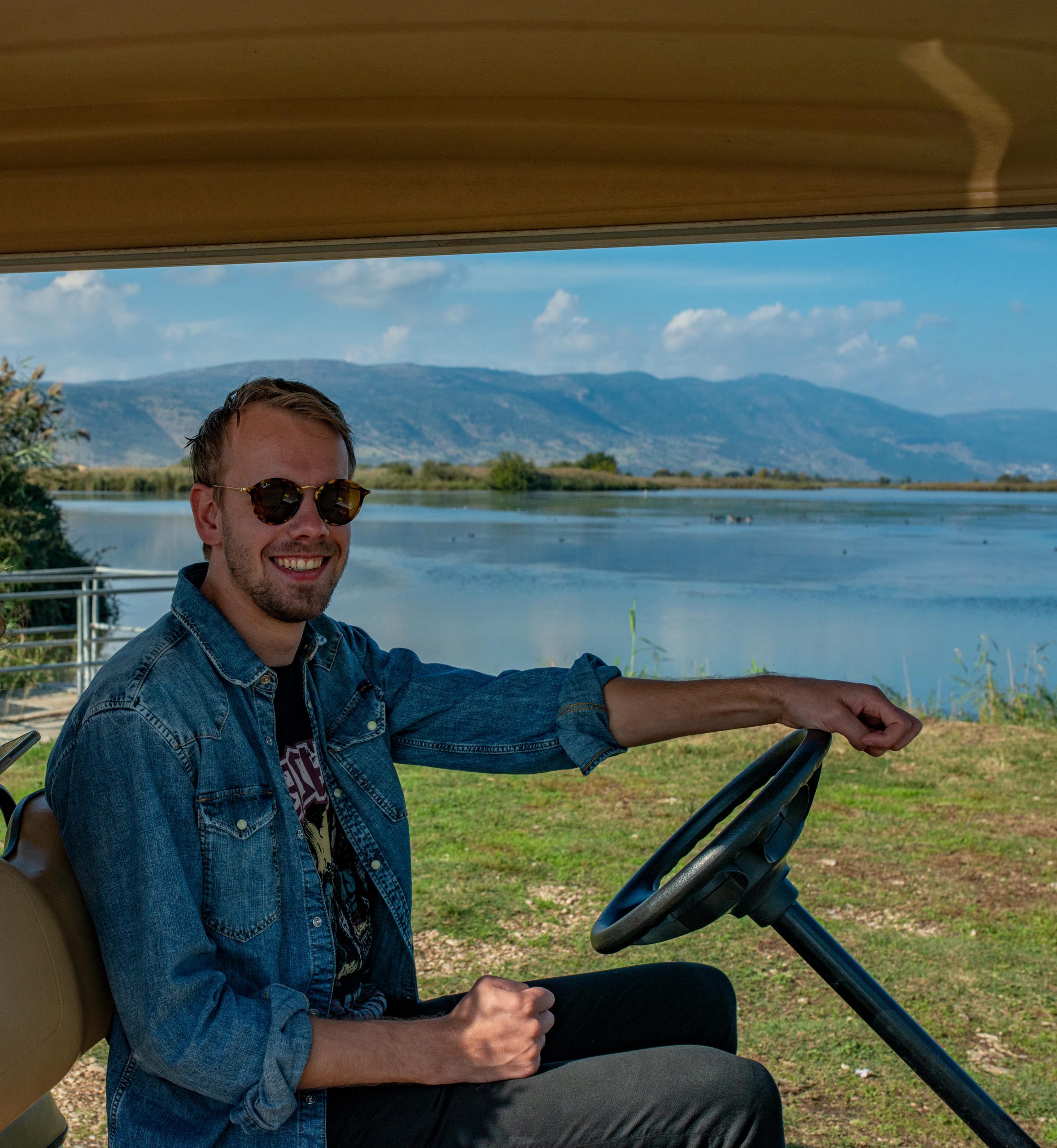 The word of this blog is birds or in Hebrew: ציפורים.

I realised the more personal blog (Isreality: Moving For Love) the other week was quite the success. So good news! The goal is to write something like this in the near future so I can only say to keep an eye out for the future! 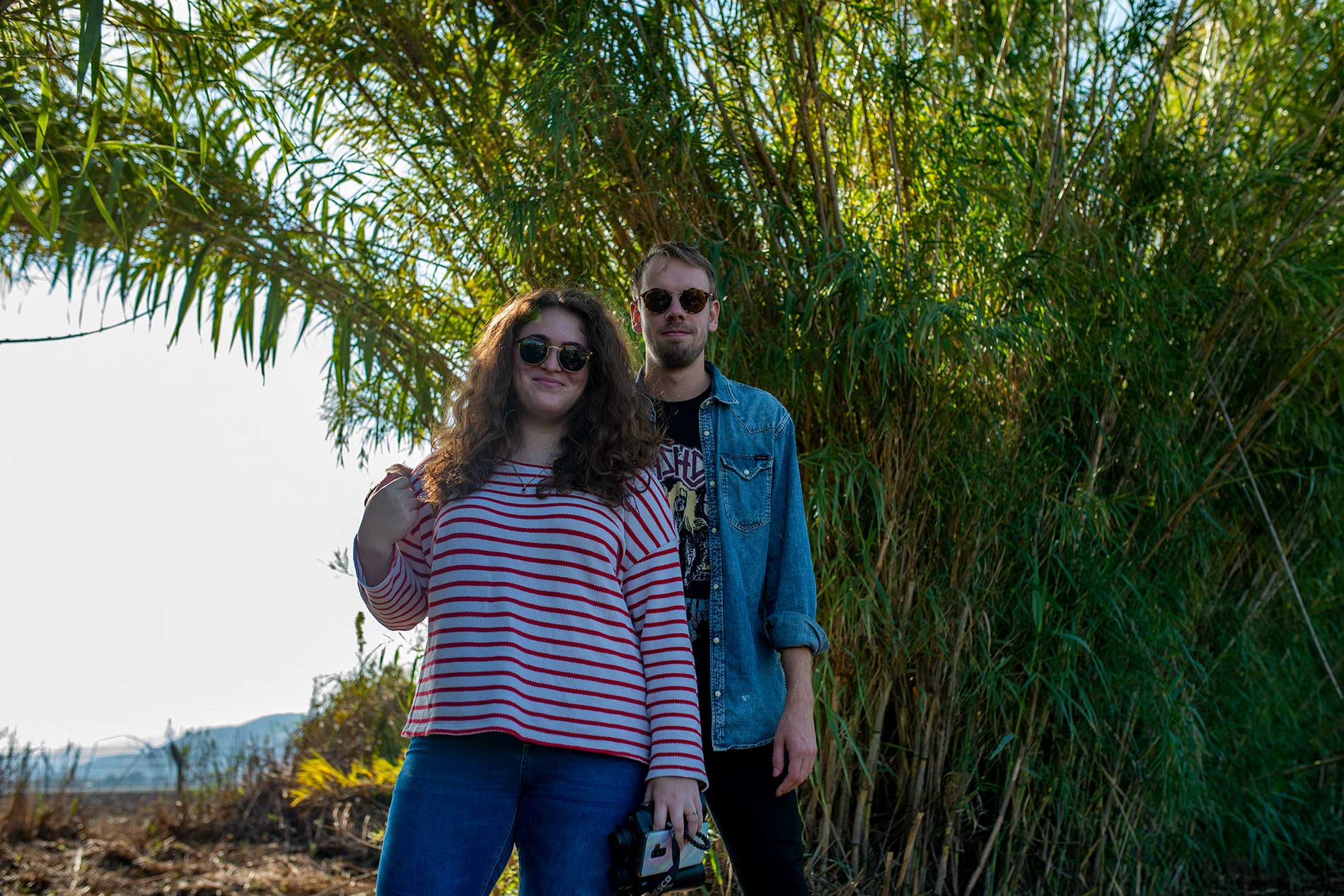